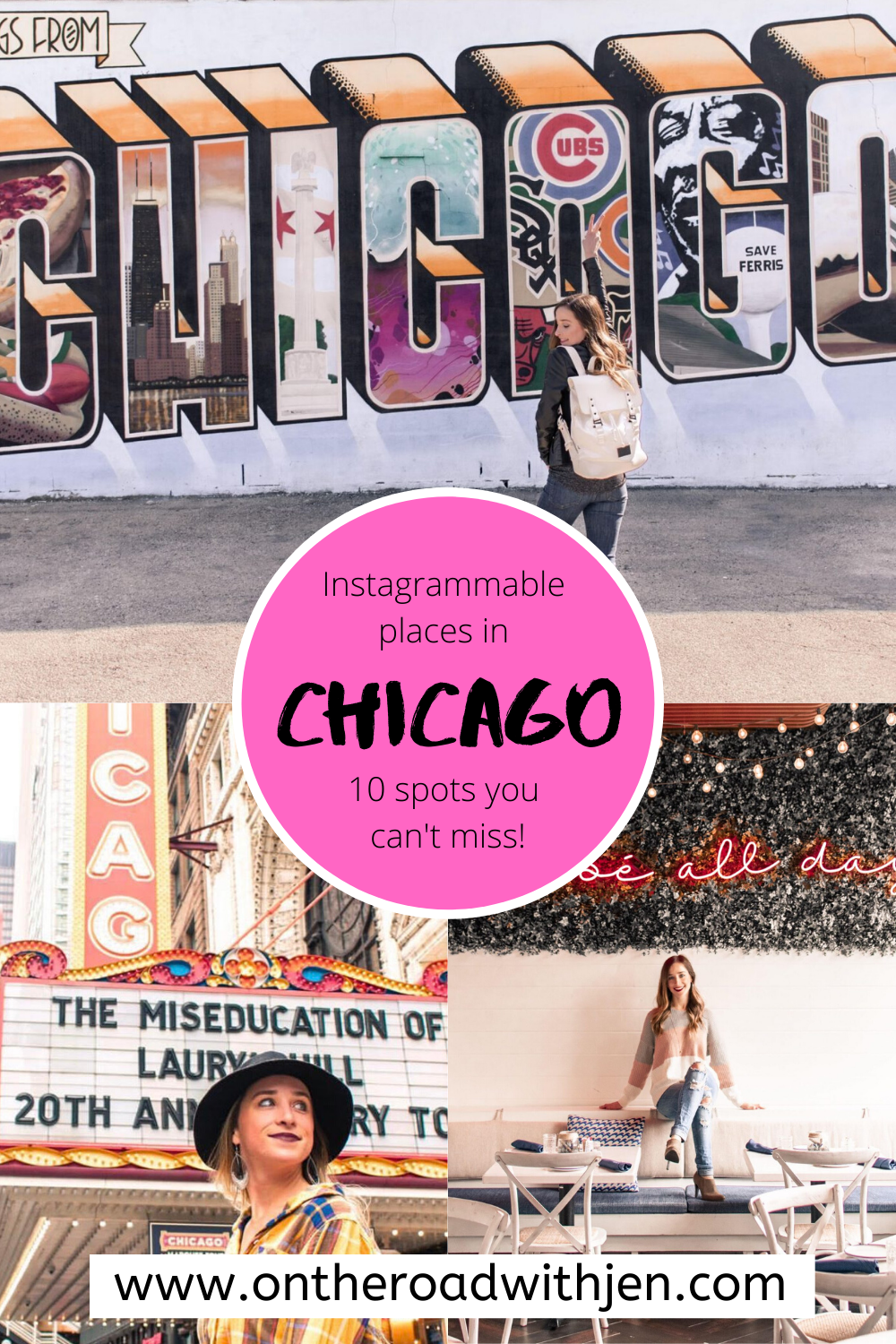 Spring is around the corner which means all of us Chicagoan’s who have been hibernating all winter will start coming out of our apartments again. Seriously, the entire city seems to wake up in the spring and I don’t hate it. With the warmer weather comes more motivation to get out and shoot content and regardless if you’re an avid Instagrammer, a tourist here for the weekend or just looking to take some cool pics – I’ve got you covered. Below is my list of 10 Insta-worthy photo locations around the city. I’ll probably need to follow up with a Part II to this series cause my initial list was so long! More on that later!

Technically the place where you actually eat is called 3 Arts Café but I think that Restoration Hardware is the more commonly used name for this whole building. It acts as both a place to eat on the main floor and an interior design showroom up above. My recommendation is to go early and go hungry.  I’ve only gone on Saturday’s and both times we waited over an hour for our table but luckily you can put your phone number down, leave the property and wait for a text when your table is ready. While you wait, I suggest walking around the historic neighborhood of Old Town.

Ah yes, the famous flamingo wall. I’ve always said that this wall felt like a right of passage to being a Chicago based blogger or a blogger who has visited Chicago. It’s outside of Flamingo’s Rum Club and faces Ohio Street. If you want your shot to be taken from straight on and include the entire wall in the frame, plan to have the person (or tripod) taking your photo to be across the street. Keep in mind that Ohio Street is a very busy downtown street so not only is there a decent amount of foot traffic but your photographer will have to act quickly in between red lights as cars continue to flow through.

One of my favorite parts of downtown is the river walk! Lucky for me, my work is located directly on the river so I usually spend my lunch breaks walking or sitting somewhere along the walkway. The full river walk spans for over a mile so there’s plenty of photo ops between the beautiful skyscraper backgrounds and cozy little restaurants. Near the east end of the river walk you’ll find one of the cities most insta-worthy views. It’s technically not on the lower level by the river but on the upper level just outside of the Wrigley Building. Get there early! It’s usually full of tourists posing for the camera by mid-day!

The Bean/Millennium Park (two for one!)

You don’t have to be an expert on Chicago to know about the infamous Bean. It’s real name is actually Cloud Gate and it’s Millennium Parks’ greatest attraction. The structure is made completely from stainless steel and gives visitors an incredible reflection of the surrounding skyline. This is another spot that gets busy quickly – even in the colder temps. I showed up at 6:45 a.m. to get the photo you see here and there was already 2 other groups of people trying to get their solo shot too. While you’re at Millennium Park be sure to walk around and check out a few other famous spots like Maggie Daley Park, Jay Pritzker Pavilion and Lurie Garden.

Chicagoan’s LIVE for the lakeshore bike path. Seriously, we tough it out for a long and brutally cold winter every year so when the bike path opens again in the spring, people come out in full force. The entire trial is 18.5 miles long starting from Jackson Park (south of downtown) to Edgewater (north of downtown). Seeing Chicago’s skyline from either direction is sure to provide you with plenty of photo ops. In the summer the beaches fill with sunbathers and restaurants right on the lake open for business. This is seriously my favorite place to spend time when the weather is nice!

I had walked by the Chicago Theater so many times before I finally stopped to take a picture. Seriously guys, like over 5 years of living here. There are a number of good angles you can get from the east side of Michigan Ave, the west side of Michigan Ave, straight on, from the side, the list goes on! I’ve been to one concert here and I can say that the inside is equally impressive, if not more, than the outside. If you’re up for walking a couple of blocks and want a two-for-one head one block south and one block west to see the Oriental Theater!

Lincoln Park Zoo and Boardwalk (another two for one!)

The Lincoln Park Zoo is amazing for two reasons: it’s one of the oldest zoo’s in North America & it’s absolutely free. You heard that right, zero cost admission 24/7. It’s great in the summer for obvious reasons but also in the winter when they put on their famous holiday light festival called “Zoo Lights”. There are obviously great photo ops directly inside the zoo but there are a couple of hidden gems just outside of its entrance that you need to see too. On the south side of the entrance is the Nature Boardwalk (where the famous South Pond Pavilion is) and on the north side of the entrance is the Alfred Caldwell Lily Pool.

If you’re anything like me, you dread the winter simply due to the lack of fresh plants outside, colorful flowers and a steady flow of good old oxygen. Sound familiar? If so, run fast to your closest neighborhood conservatory. There are a few around the city but the only one I’ve been too (and loved so much I went twice in one month) is the Garfield Park Conservatory. This place blew me away. I had seen so many photos of it prior to going myself, but I never imagined it being as massive as it is inside. On top of having many rooms to walk through with awesome photo ops, they also have plant sales, host yoga classes and have education programs for the kiddos, which is so cool! A few other added bonuses for logistics: free parking – a rarity in Chicago – or the green line L train goes directly to the front of the property!

Alright guys, I don’t think it would be fair to write a blog post about Chicago’s best photo locations without including the “Greetings from Chicago” sign itself. I had actually seen this photo on social media pre-instagram days years ago but never thought twice about where it might be. It wasn’t until I started my travel blog and had an itch to go see it that I literally Googled for its exact location (no shame). Oddly enough, I found out it’s roughly 1 mile north of the same street that I live on. Near the corner of Milwaukee and California in the Logan Square neighborhood – you can easily take the blue line L train here and hop off at the California stop. I would try to get here early in the day since it doubles as a parking lot and there is a possibility some cars could be parked right in front of it.

This might be Chicago’s most Insta-worthy restaurant. You’ve probably seen the famous “Rose all Day” sign before. This place instantly makes me feel like I’m sitting sea-side on the east coast while enjoying my fruity spritzer. If you think the Rose all Day is over-done, fear not. There are several other corners of the restaurant that are just as photo worthy. Hampton Social just opened a 2nd location in Chicago’s Streeterville neighborhood so you can now get your nautical fix on both sides of town!

I hope this inspires you to get out this year and see what the city has to offer! Have some places to add to this list? Leave them in the comments below!

You may also enjoy: 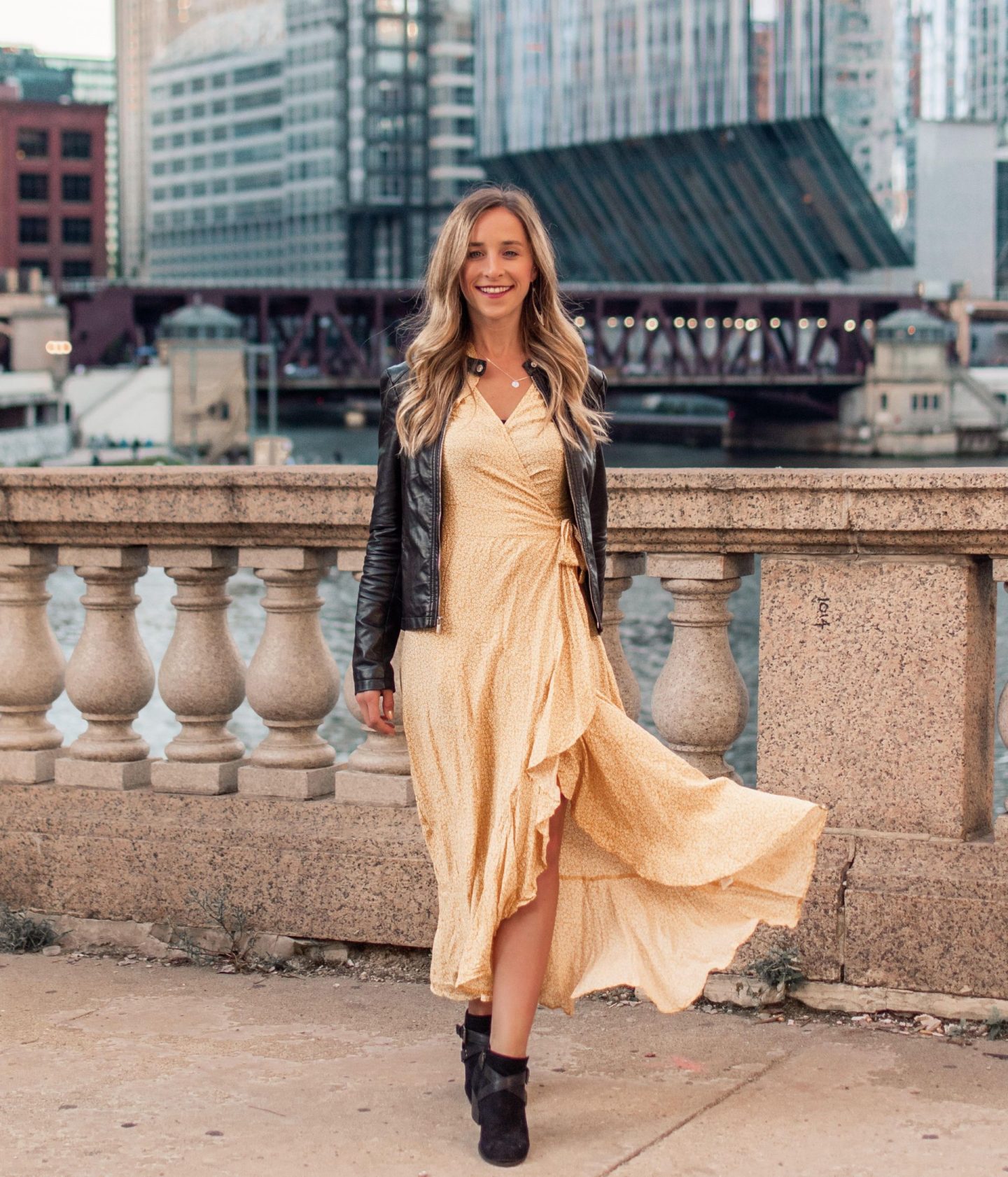 Hi, I’m Jen and I’m happy you’re here! I am a travel, fashion and lifestyle blogger based in Chicago but frequently on the road. I am a total life enthusiast who loves showing off my city and chasing adventures around the globe.

Any cookies that may not be particularly necessary for the website to function and is used specifically to collect user personal data via analytics, ads, other embedded contents are termed as non-necessary cookies. It is mandatory to procure user consent prior to running these cookies on your website.